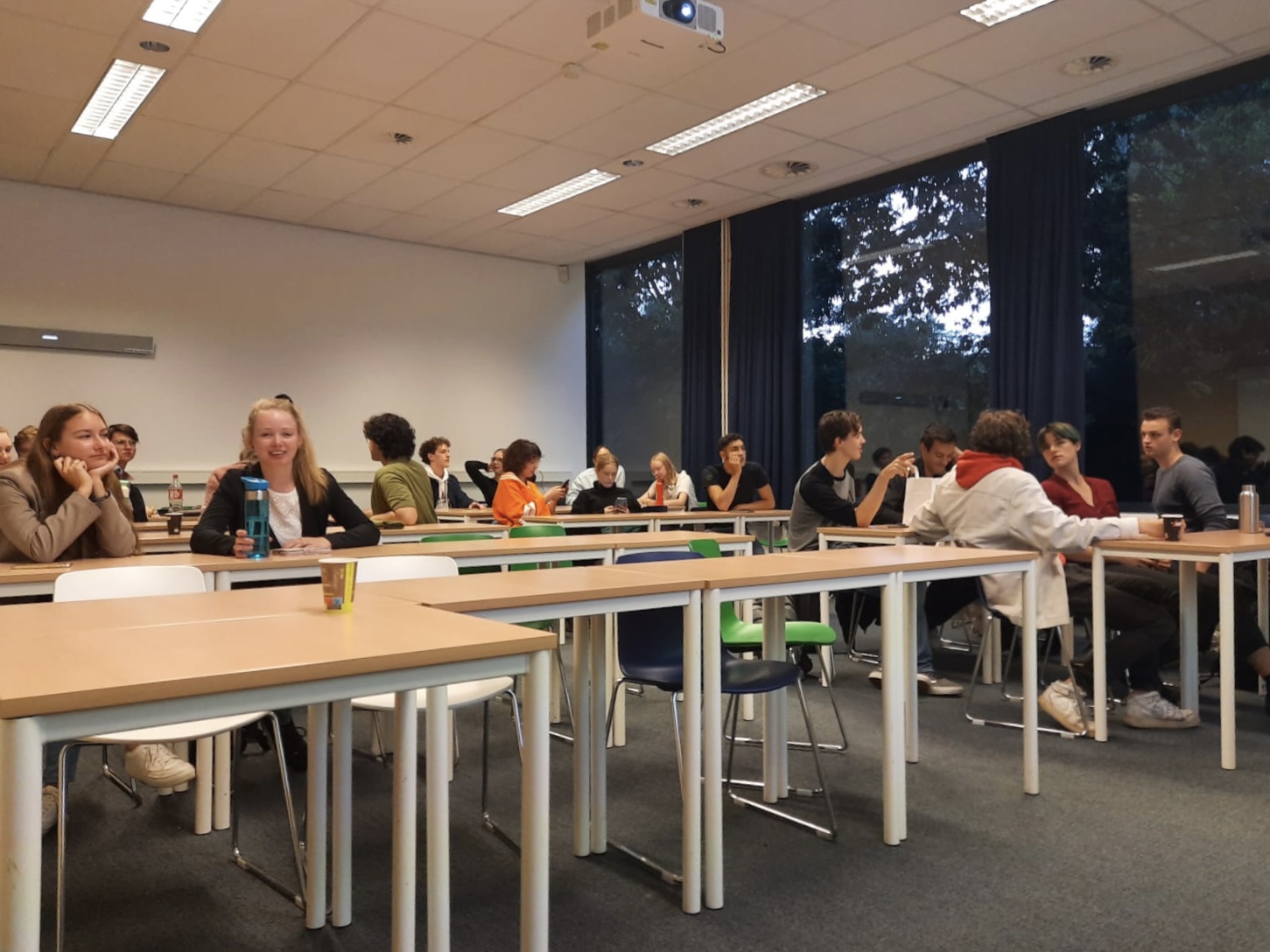 On October 4, we held the first General Assembly of the year. During the GA, the Board gave an update about what has been going on so far and multiple votes took place.

The Board kicked off with repeating its vision for academic year 2022-2023. These include increasing the inclusiveness and accessibility of the association by making Extra Muros a place that has something to offer for every student, and making the organisation more uniform and consistent.

This vision can be seen in the organisational changes the Board has made so far. The association updated its branding and website and made many changes behind the screens. The Academic and Educational Committee have been merged, the Public Relations (PR) Committee has been dissolved. Moreover, a wide variety of events has been organised already (Drinks at Stoom 013, Paint Swap, Play Reading, etc), with more to come.

Last but not least, the Committee Heads introduced themselves and gave an update about their plans for the upcoming year. After that, the Board introduced the budget proposal for this academic year, which has been approved by the GA.

The Board wants to thank every member who was present (or proxied their vote) during the GA. Your voice counts and all feedback is much appreciated!

Stay in the loop